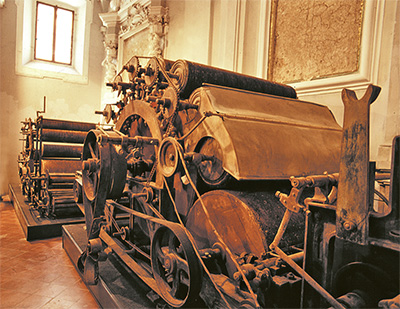 Since the Roman era, Arpino stood out as an important wool centre. Handicraft production was widespread among local families, who sheltered looms and wool-winders within their homes.

But it was from the 18th century that this activity was organized on industrial scale and the town became one of most important centres in Italy and Europe for the production of wool fabrics.

In the early 19th century the arrival of the French expert Baduel, invited to Arpino by the wool producer Filippo Quadrini together with other skilled workers from Holland and England, led to the foudation of the first mills operating on large scale. The importation of technology and knowledge from the European leaders in the wool production together with an established local tradition, was the stepping stone to the development of an industry with many wool mills and good production standards. 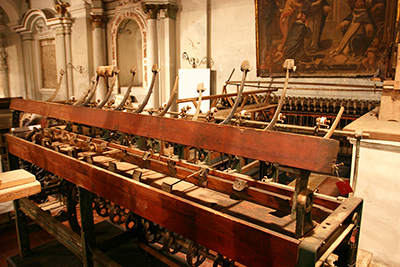 In 1850 as many as 32 wool mills were in town and over half of the 15,000 inhabitants worked in the wool industry. Arpino products were exported everywhere and appreciated for their high quality.

The unification of Italy, the change of economic policies of the newly born state, the end of customs protection, together with the shift towards northern Italy of the national economic interests caused the decline of Arpino industry.

In the early 20th century many mill closed down and those left ended the production after the Second World War. The museum has on show the old equipments coming from the ancient Diodati wool mill. 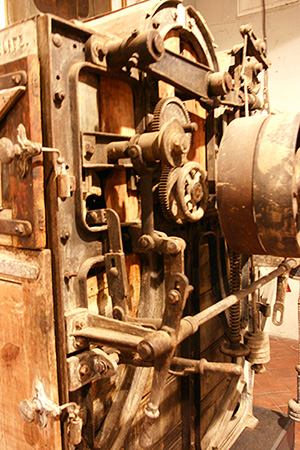 An itinerary supported by historical documents shows the stages of the production. Together with tools and machinary, there are also the original colour used to dye the fabrics.

Among the projects, there is also a museum of the typography craft, an activity which was developed in Arpino during the 19th century.