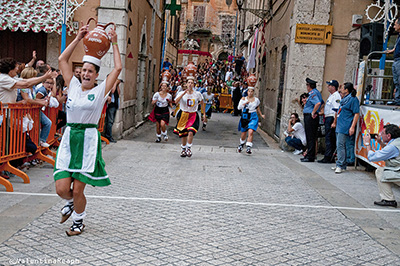 It is an event which rivives and enhances Arpino folk heritage. In August the quarters confront each other in a gastronomic feast held outdoor and inspired to a traditional dish. The saturday after Midaugust the folklore festival takes place.

The inhabitants of the different quarters parade in traditional Ciociarian costumes. On sunday takes place the peculiar tournament  in a festive air, among people madly cheering and rooting. It is played in six matches: a donkey’s race, a “cannata” race (a heavy clay pot that was used to carry water), a sack race, a wheelbarrow race, a relay race and tug-of-war.

The quarter that wins a greater number of competitions receives the “Gonfalone”, a banner painted every year by a famous artist. 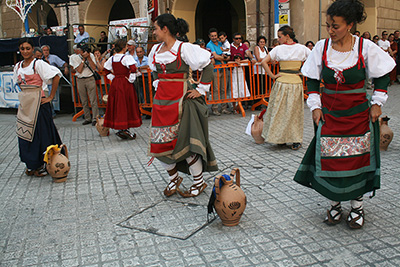 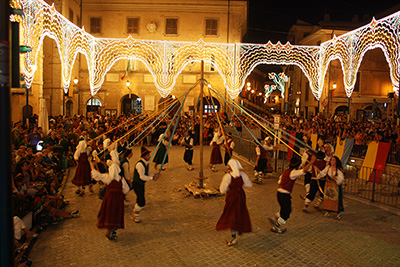