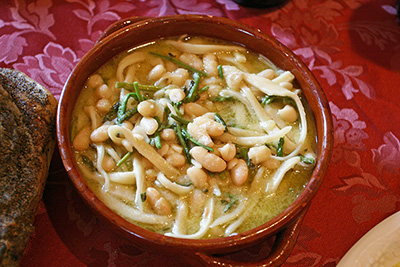 This is a land which boasts also a century-old gastronomy tradition and in many homes traditional cooking is still in use. Why then do not transform a weekend or an excursion in the country in a mini tour in search of traditional tastes ?

Everywhere, in homes and restaurants it is possible to taste genuine traditional produce. Bread, for example, is considered as one of the best in Italy. It is still in many cases traditionally made, with natural yeast and baked in a wood-fired oven.

It goes well together with the pork delicatessen, which are home made through the work of many families that take part to their preparation. But there is nothing better than Arpino olive oil to enhance the bread flavour. The century-old olive tradition, the unspoiled nature and appropriate growing techniques give this olive oil a special flavour and organoleptic characteristics of good quality. Its unmistakable fragrance accompanies local traditional dishes. 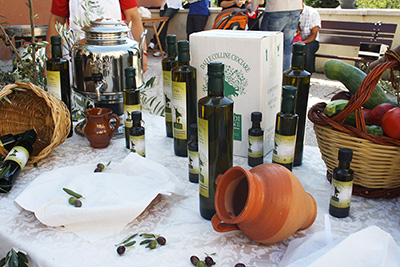 You must not miss the small ricottas, a sort of cottage cheese that can be bought in the market; they melt in your mouth and are simply delicious. The tasty pecorino set in wooden moulds comes from sheep-breeding; another savoury cheese is the marzoline, a half-mature or mature goat-cheese that shepherds used to eat dayly.

A typical dish is sagne and beans with “ruschi” (wild asparagus), a rather thick and roughly cut kind of hand-made pasta. They are served with beans, tomato, crackling and/or even without tomato but with the addition of wild asparagus. If well prepared it is an unforgettable dish! The ciammaruche (snails with sauce), roasted stuffed pigeons, the "pellastre"(stuffed peppers) also enrich the table of Arpino people. 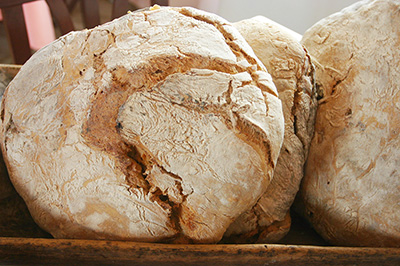 Very well appreciated is Kid meat, the typical Easter dish, excellent for its tenderness. It is cooked both in the oven or in the saucepan with spices and white wine. Another typical dish is the lamb in the “castrato” (mutton) version, cooked in the embers, it is one of the most tasty dishes. But the biggest resource of the local people is poultry. Prepared according to the ancient recipes, its many variations make it delicious. We also advise you to taste in winter pork liver sausages, special when savoured with grated orange peel and sometimes with little pieces of apple.

Arpino cooking also includes fish dishes. The limpid water of the near River Fibreno has offered for centuries trouts and crayfish. Simply delicious ! And although today brood fish is easier to find the way of cooking it still follows ancient recipes. 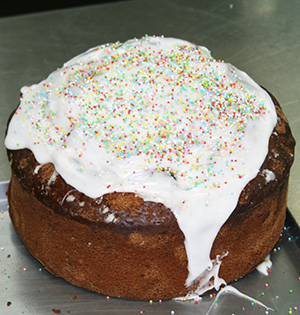 Finally, we can easily say that all the restaurants in Arpino and its surroundings offer local traditional dishes.

Agritourism has found here fertile ground offering the chance to encounter directly the simple country people with whom you can even sip a glass of fresh-from-the-cellar wine, produced by the small vineyards in the surroundings.